I slept surprisingly well and woke up pretty much ready for the day.  I took a nice long shower and got dressed, and was tidying up a bit when something caught my eye near the door.  Coming closer to examine a dark smudge, I found this: 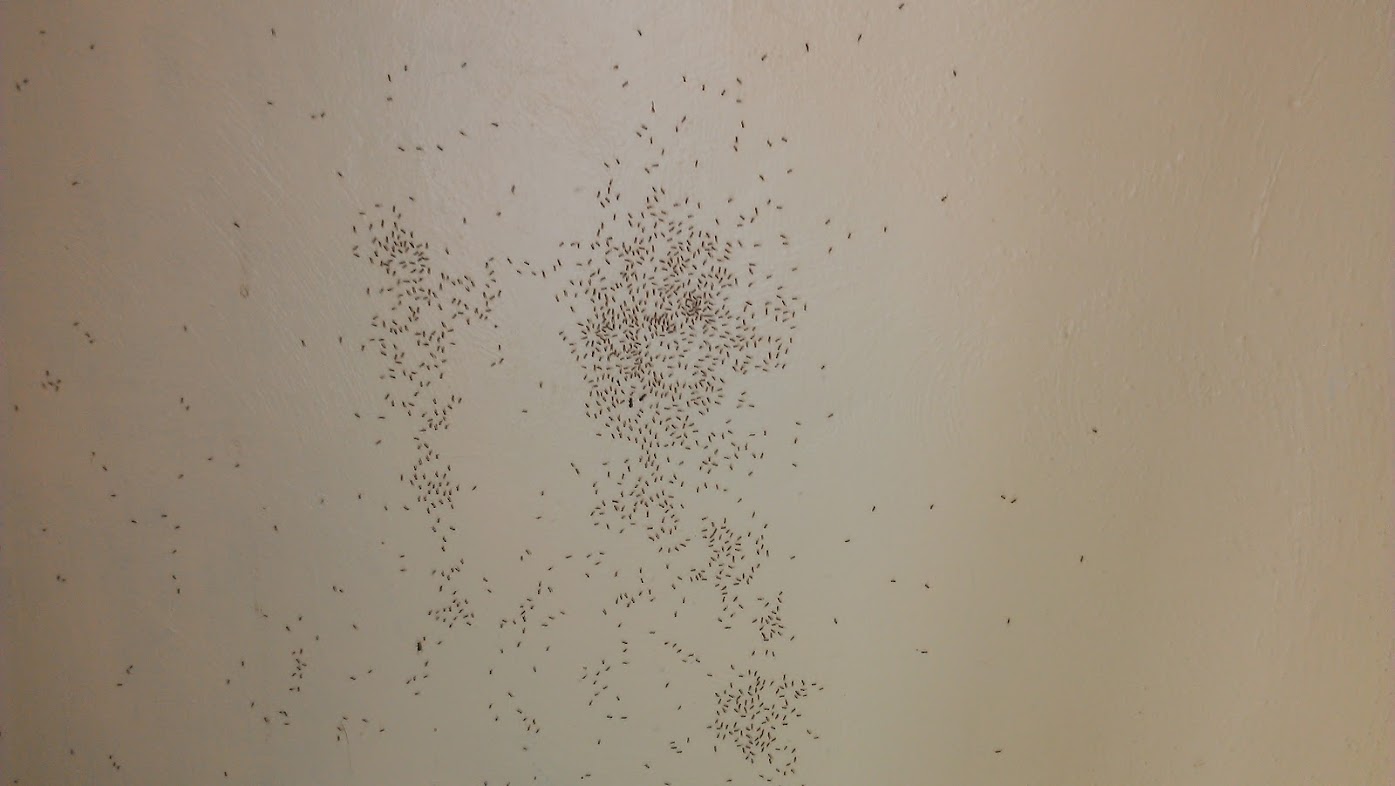 The front desk seemed unconcerned about the “insectos en mi habitacion,” but when I showed them the pictures they decided it was worthy of immediate attention.

Mom, Marianne, Jayme and I went in to Bacalar at 8 to pick up some flowers for the tables and a few extra decorations for the photobooth.  We found some pinatas, but unfortunately we had to give up on sombreros and sarapes. 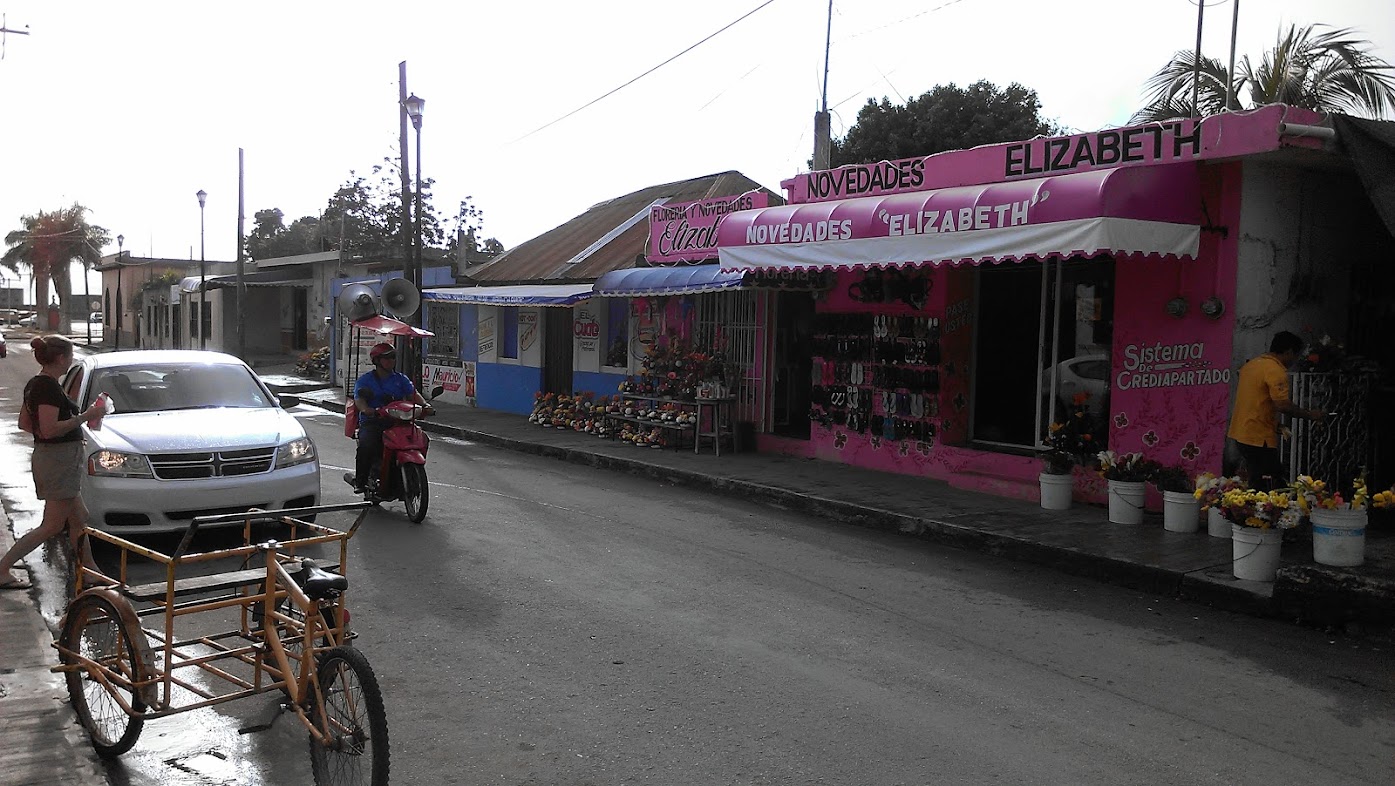 The final, final, official documents arrived at approximately 9:00 am.  Simon et al. arrived sometime around then and as guests began to arrive in earnest, we started getting ready for the big event.

Malia helped me fold programs, and I gave Simon’s sisters their silly sombrero fascinators. Of course, I forgot to give them the nice corsages I’d had made for them and also forgot to give them the programs ahead of time.  Ah, well.  I started trying to decorate the ceremony site; fortunately Walter, Malia, Sarah, Louisa, Katie, Serena and lots of others got involved immediately and made the place look nice.

All of the running around, greeting people, decorating, and generally freaking out makes a person awfully hot and sweaty.  Lucky for me, there was a large lake nearby to solve this problem. 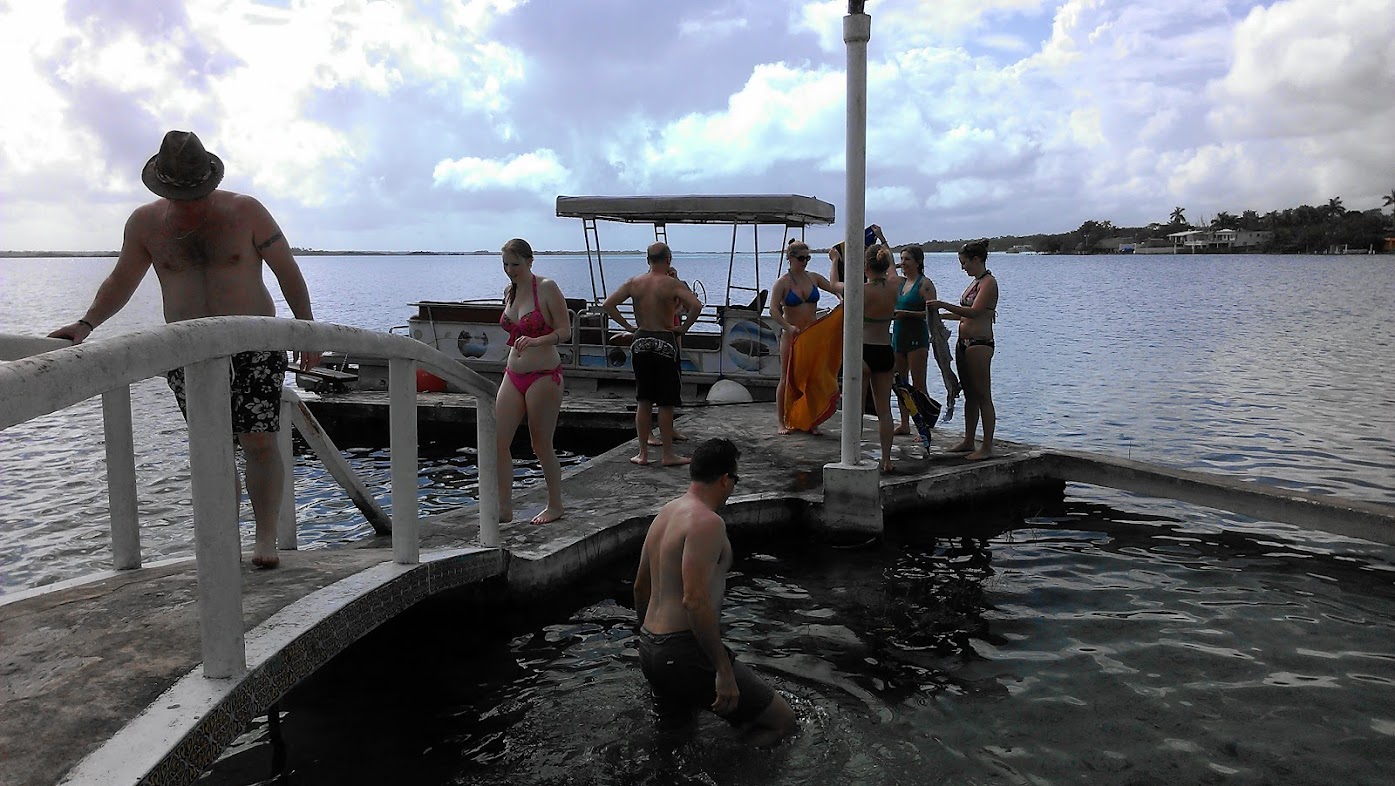 When I got back to my room to start getting ready, the termite infestation had been reduced quite a bit. 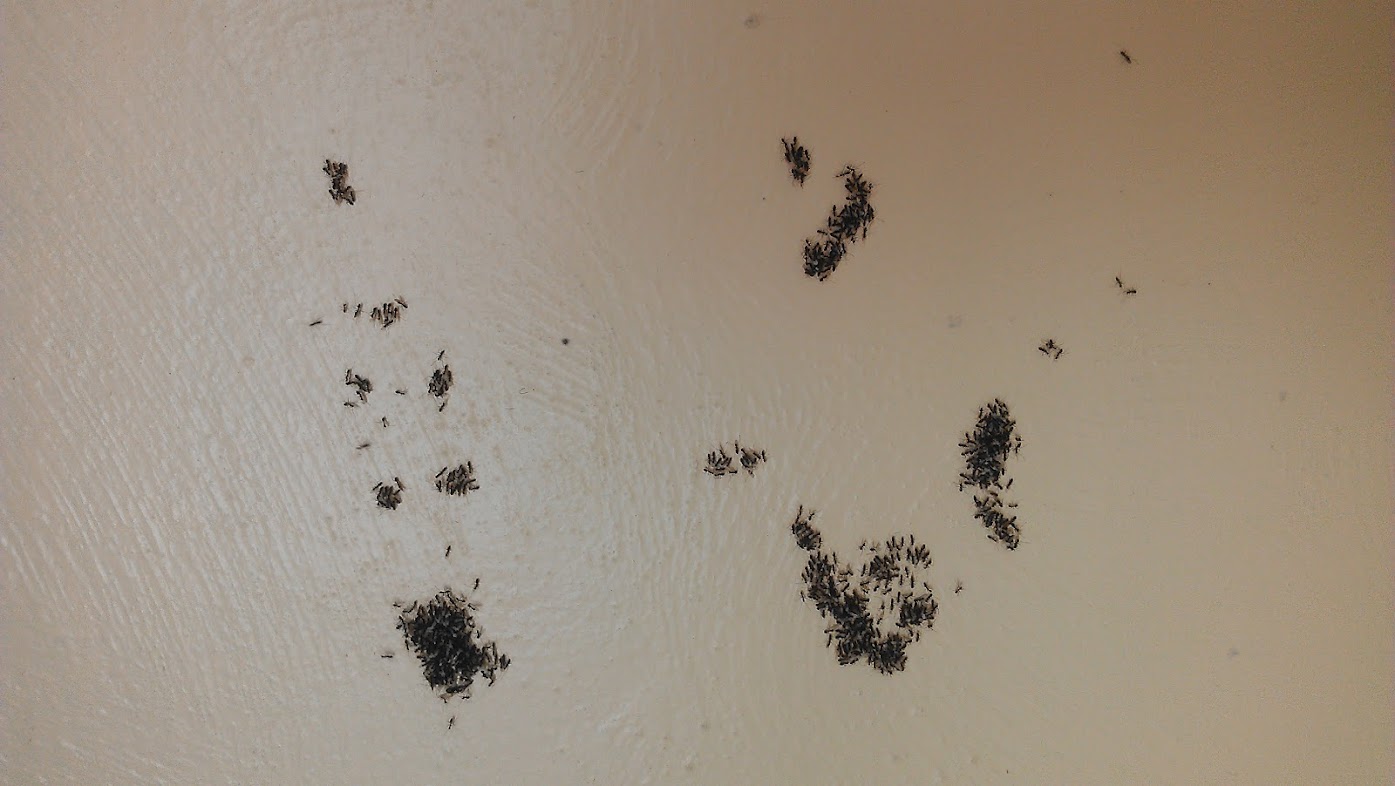 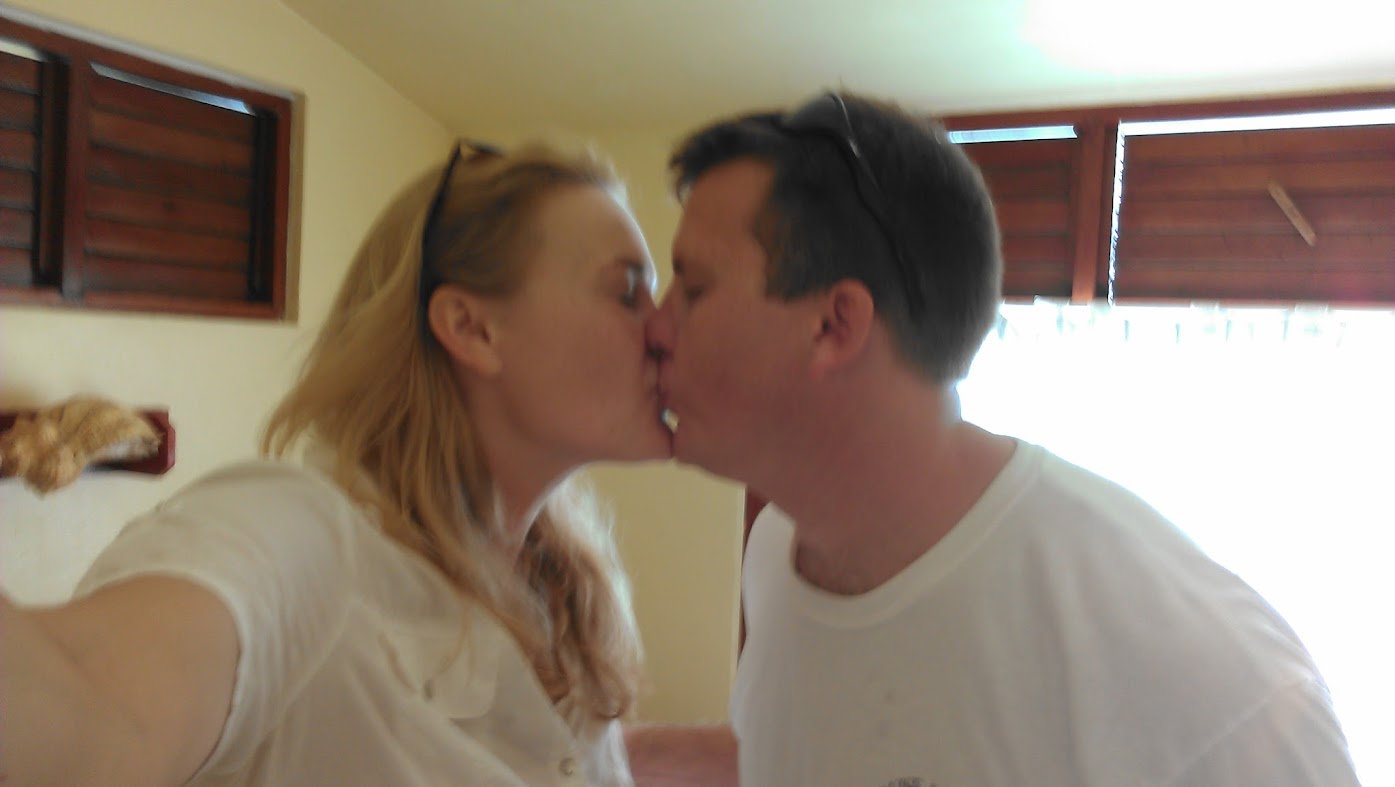 The rest of the day was a bit of a blur for me, but a few things stuck out in my mind.  The first is that my bridesmaids were awesome.  I was in all of their weddings, and I’m fairly sure I was completely useless to them, but they were all amazingly helpful and calming presences.   From hairdo rescues to lipstick freshenups, they were exactly what I needed. My brother and brothers in law were sort of the silent heros of the gig, and made it possible for my sisters to take part by taking care of the kids and being generally great guys.  Simon’s sisters were also really helpful and game for just about anything.  They traveled the furthest (30 hours for Sarah) and missed finals (Serena) to be with us, and I couldn’t be more grateful to have such wonderful sisters in law. 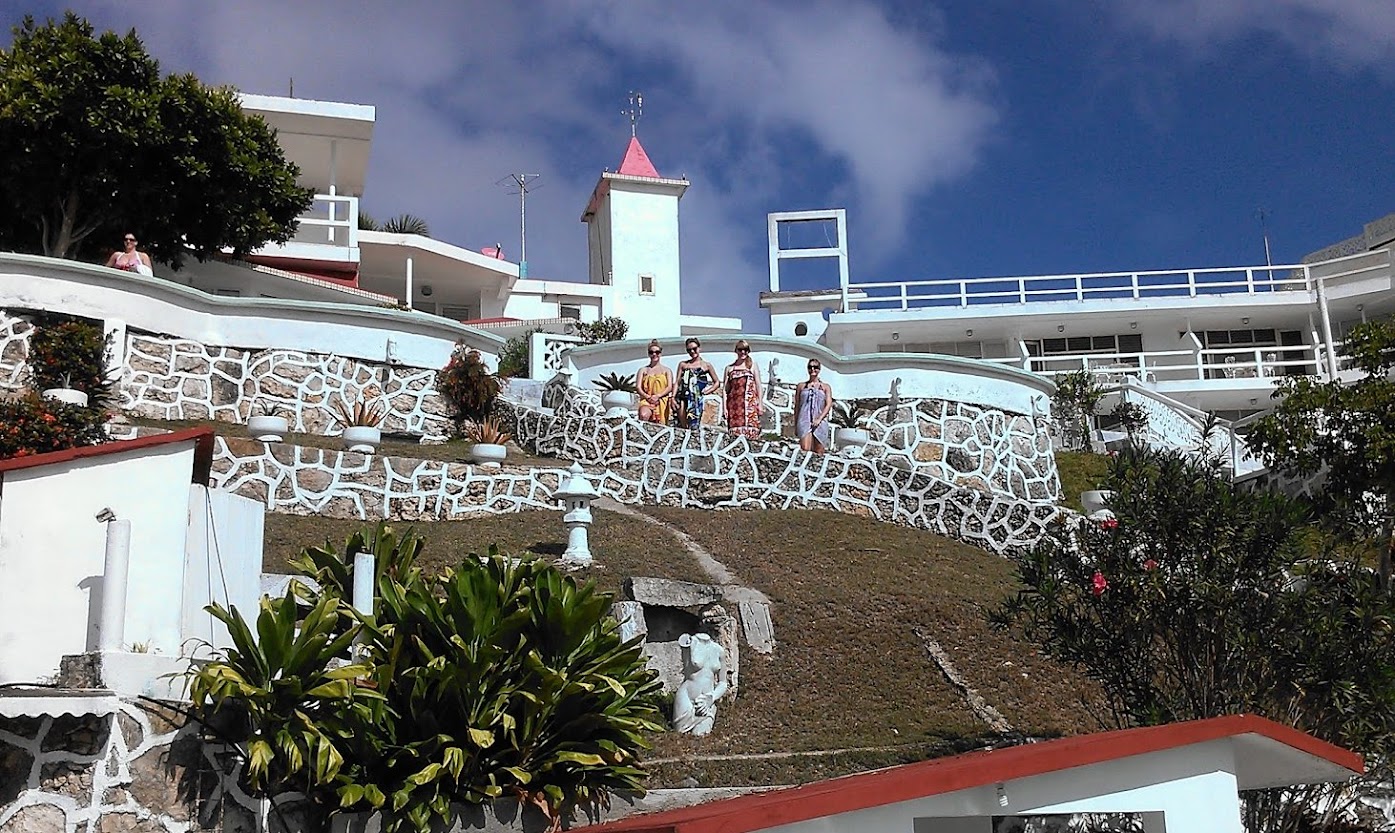 The last thing I’ll remark upon, because I won’t talk too much about the wedding itself, is that when we were all gathered together just before the procession started, it hit me.  All of the months of planning, worrying, stressing out, and translation nightmares had culminated in this moment.  Everybody was actually there, and our crazy idea had actually worked.  The bridesmaid dresses really did look great on all of them, my mom looked gorgeous, and the flower girls were The. Cutest. Thing. Ever.  I almost lost it when I saw them.  And Jackson took his ring bearing duties so seriously that I worried he wasn’t having fun (he told me a few days later that he wished it was still the wedding, which made my week). The bagpipes started playing right on time, and we were ready.  The ceremony was beautiful and the rain held off until an hour after the reception started.  Getting married in Mexico was complicated, but it was totally worth it.